God never does such a thing! The end does not justify the means. One example of adulteration in the books of Moses: the falsified text states that circumcision was not carried out during the forty years in the desert. In the official Bible, it seemed as though God at times did not know where He was, in the way that falsified Bible was written; expressions without meaning, and God appeared to be a crank; He seemed an old crackpot acting, quite often in the Old Testament of the falsified Bible, like a capricious cranky old man; that was how the Eternal Father was portrayed, like an old grump, so that the Eternal Father had few friends in the world, He seemed like a cantankerous old man. A constant factor in Saint Gregory XVII’s council labour was his desire to make quite clear that simulation or pretence goes against God’s Law. It establishes the chronology of Our Lord’s life in accord with the facts given by Saint Luke and discounts the mistaken data given by the Historian Josephus, whose entire work is rejected for its many discrepancies with Council doctrine, and confirms that Jesus Christ was born on the 25th of December in the year 5199 of Creation, seven days prior to His Circumcision on the 1st of January in the year 1 of the Christian Era.

Besides his almost nine hundred dogmatic definitions, many related to biblical questions, he resolved a multitude of problems with his letters, whether on chronological, genealogical, historical, textual, etc. There are several episodes narrated by the Evangelists with texts which appear to conflict with each other, the explanation being that the episode occurred more than once: For instance, three were Saint Peter’s confessions in July of the year 33; three were the announcements by Jesus of Saint Peter’s denials, and three of Judas Iscariot’s betrayal, etc. The masoretic bible (clarification: this is the bible of the Judaic sect, namely the Old Testament) is written by several people, and the same occurs as with the ear-trumpet, for the book appears with light and much darkness; and then upon the Hebrew text, some gestures are seen of jews making capricious changes. And sprawdzian , because to speak of all the falsifications that existed in the official Bible would be endless. Hence, in that passage of the falsified Bible, Judith is portrayed as going up dressed in all her finery, and perfumed, in order to tempt Holophernes, to induce him to sin; and to induce him the better, she was moreover to bring him wine to make him drunk, and then cut off his head and send him to Hell.

The falsified text says that the boy died, and then strangely, David dressed in his royal garments. Another series was owing to King Manasses of Judah and Samaria united, in order to cover up the ruinous consequences of his idolatrous government, and make believe that none of the preceding kings had been good, both of the Kingdom of Judah and of the Kingdom of Samaria; so that in the falsified text all the kings of Samaria appear to be bad, when in reality there were four holy kings among them, namely Jehu, Joachaz, Jeroboam II and Faceas. From the Epistles of the Apostles almost all references to the Sacraments, as also to the Most Holy Virgin Mary, had been eliminated, and also required a work of restoration. And the Book of the Apocalypse likewise needed considerable restoration to become what it is today: a stupendous guide, easy to read, for understanding the times in which we live and those to come up until the Last Judgement, and beyond. The true text says that this general circumcision was of all those converted through the apostolate carried out by Most Holy Melchisedech throughout the Land of Canaan prior to the conquest, as stated in the Book of Wisdom, and those converts thus joined the Jewish People with full rights, and were aggregated to the different tribes. 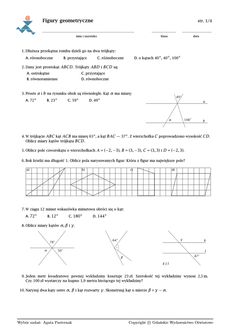 Those words oppose the truth, oppose everything already defined for centuries and centuries by the Church: that the Virgin Mary was Virgin in childbirth, before childbirth and after childbirth, that is, perpetual Virgin. Then, below the Most Holy Virgin Mary’s visage, appear the following words: ‘Permission and mystery’. Besides, there was more than one mystical intervention to settle different questions, for example, a very beautiful vision of the Most Blessed Virgin Mary as Queen Essenia, seated on a throne above the then Lake of Essenia (today the Dead Sea), venerated by a multitude of Angels chanting Her name, whose meaning is ‘holy’, in order to confirm the manifestation of Mary’s Soul as consort to Most Holy Melchisedech in Abraham’s time. Here the Holy Ghost has wished to clarify many aspects of the organization of the Church in its beginnings, in order to counteract very many errors as also to clarify every aspect of the life of Saint Paul: What did he receive on the road to Damascus?